Old solar panels don't need to end up at the tip anymore!

The uptake of solar in Australia over the last decade or so has been spectacular.

While it’s great that we have embraced this renewable source of energy, and saved ourselves quite a bit of money along the way, there is one issue that has reared its ugly head – waste.

As solar panels reach the end of their life span, just like everything else, we need to find a way of disposing of them in a practical, sustainable, and economically viable way.

Until recently, the only real means of disposal was sending them to landfill, not exactly sustainable and increasingly not economically viable as local councils start charging more to accept them.

Fortunately, recycling companies have seen an opportunity and are taking up the challenge.  Tropical Energy Solutions has recently started working with a company called Solar Shift to see that old solar panels are put to better use than clogging up the tip.

Solar Shift will have a facility in Townsville in the near future.  Until then they are taking our old solar panels and selling them in Africa.  They plan on having a facility there in the future as well, to make sure we aren’t simply moving the problem from Australia to somewhere else.  In the meantime, people who previously had no access to electricity now do, and the life of our old solar panels is extended.

This isn’t just a feel good exercise for us.  It’s an important part of our industry that will help it remain viable for many years to come. 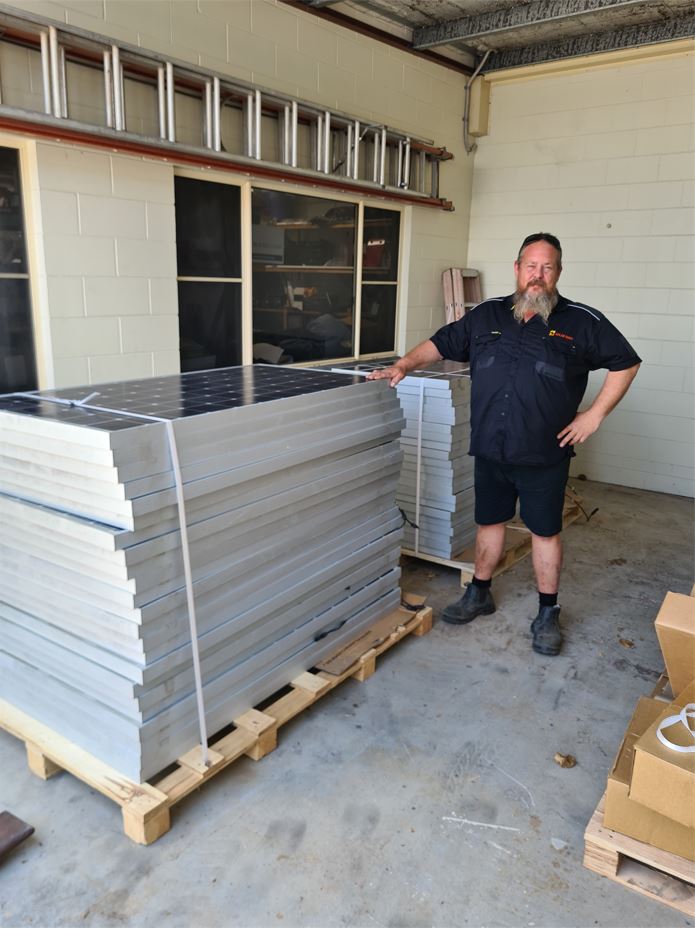